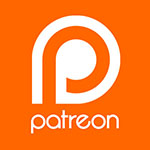 I suppose it was inevitable. Sooner or later, it was bound to happen.
For the first time in over two decades of using the internet, I got banned from a site.
Not just any site, either. I was banned from the Absolute Write forums. And honestly, I’m pretty glad I was. Let me explain.
Absolute Write, for those who don’t know, is mostly a set of forums where writers, agents, publishers, and other sorts of folks in the writing industry chat. And of course, with the huge burst in self publishing, a bunch of posts about that started up. So they made a set of forums for self pub. I rolled across them a couple of months ago, and was pretty horrified by what I saw: a large number of folks claiming to be industry experts deliberately spreading misinformation about what self publishing was, how best to go about it, and whether one could actually do it successfully (outside a few “outliers”). So I stepped in and started pointing out the flaws in the logic.
But I ran into a snag, of course. There’s a dedicated crew there who actively use the forums to disabuse writers of the notion that self publishing is a legitimate career path – actively work to dissuade folks from trying to follow that path, and use the platform of the site and their own “expertise” to push their agenda.
Which should have chased me off the site right away. I mean, why post where you’re pretty obviously not wanted, right? Except for two flaws: first, I tend to tilt when I should withdraw (ten points for getting the source of the misquote). Second, Absolute Write is still one of the more respected writing communities on the web, and tons of writers read there – and listen to what folks are saying. I have a had time dealing with lots of folks being dragged down bad pathways without saying something about it.
Things sorta came to a head today, when one person asked for advice and help regarding her self published book, and someone replied saying basically to write another one and don’t self publish it this time. I pointed out that was not really useful advice for a self publishing forum, and called attention to the fact that there was a double standard on the forum, with folks who had real experience with self publishing, folks who’d actually been in the trenches, routinely attacked and discredited by “experts” who (while they might have been working for a trade publisher for decades) had literally no idea what they were talking about when it came to indie publishing as it’s done today. Said “experts” were, for instance, never asked to cite opinions which they posted as fact; but the real experts (among whom I did not include myself) were continuously attacked and pretty much told they were lying and full of crap.
Well, a little while ago, I got this message:

You have been banned for the following reason:
Get the hell off my site. You’re consistently snotty to everyone, but I have a double standard because I don’t shut people up just because you disagree with them? Start your own board. I’m sick to death of your crap.
Date the ban will be lifted: Never

To the person who sent it – who will probably never read this: I never said *you* had a double standard, and never asked you to shut anyone up. But when the folks actively posting real information based on experience with indie publishing are consistently attacked, but put down (or banned) when they ask for the attackers to simply cite their own data, it’s pretty obvious a double standard does exist.
So, indie publishers – be aware: the Absolute Write forums should be considered “hostile ground” in the ongoing battle. In general, you probably want to take anything read there with a grain of salt, since the admins are deliberately silencing folks trying to get real information posted.
Sour grapes? Nah. Honestly, I feel relieved. It was a huge stressor going there, but I felt bad not, because of the folks being fed propaganda and myths. And honestly, I cannot help but feel proud. If I had to get banned from someplace, getting kicked out for doing the right thing isn’t a bad way to go.  😉

0 thoughts on “Kicked Out”